Behind the scenes of the new international reporting project “Stuck” 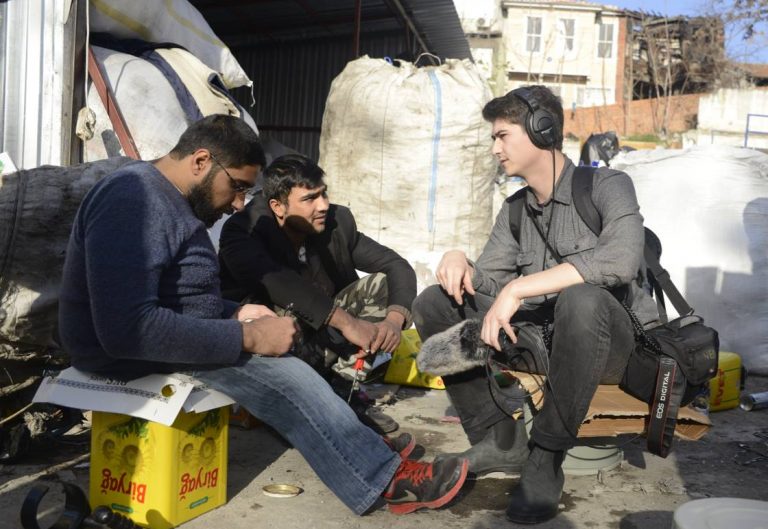 Students in UBC Journalism’s International Reporting Program are tasked each year with reporting on an underreported global issue.

The European refugee crisis, which media outlets have documented extensively, was not the first topic to come to mind.

“I thought it had been covered so much already,” says Sharon Nadeem, one of the eight reporting fellows this year.

But as students embarked on their research of refugee coverage, they discovered that certain countries had fallen off the Western media’s radar.

“We’ve heard a lot from Greece and from Hungary. But we haven’t heard so much from Turkey, despite it being such a transit point for migrants to make it through to Europe,” Nadeem says.

That set off an eight-month journey in which students travelled to Turkey in December and, upon return, produced eight stories about the country’s refugee crisis. The series launched in June in collaboration with The Huffington Post.

The project title — Stuck — refers to the years that refugees spend languishing in the country before resettling to the West.

“All these people we covered are all victims of a series of crises in their countries that, over time as a global community, we forget,” says UBC Journalism instructor Saranaz Barforoush, who co-taught the course.

In September 2018, the Canadian Online Publishing Awards recognized Stuck as a finalist in the Best Article or Series, Academic category. 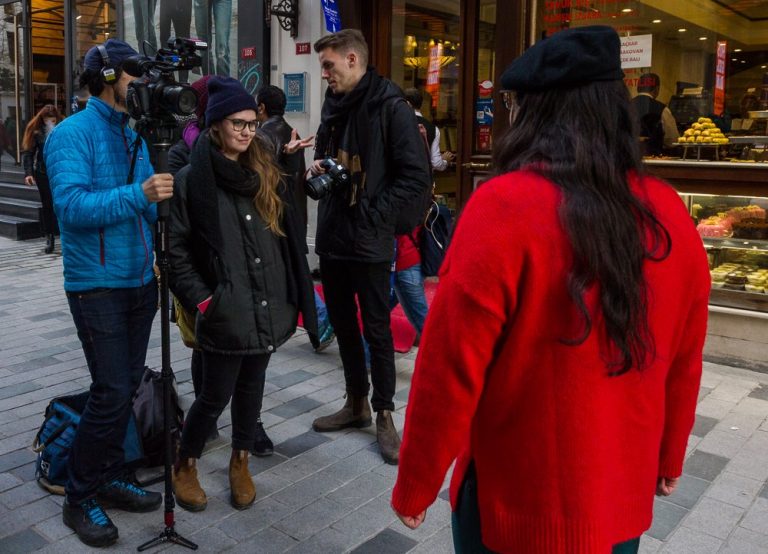 Turkey is home to the world’s largest refugee population. About 3.9 million live in the country, as of June 2018. More than 3.5 million — about 90 per cent — of them are Syrian.

Students honed in on the two-tier humanitarian and governmental response that has developed between Syrian refugees and non-Syrian refugees.

They focused on the other 10 per cent of the refugee population in Turkey, which mainly includes Afghans, Iraqis, Iranians and sub-Saharan Africans.

“The students found a framing that was fairly unique and that was grounded in scholarship,” says professor Peter Klein, who leads the International Reporting Program.

“The urgency of the situation may not be quite as dire as some people who are being bombed in Aleppo. But, nevertheless, they are in real crisis and their stories are forgotten.” 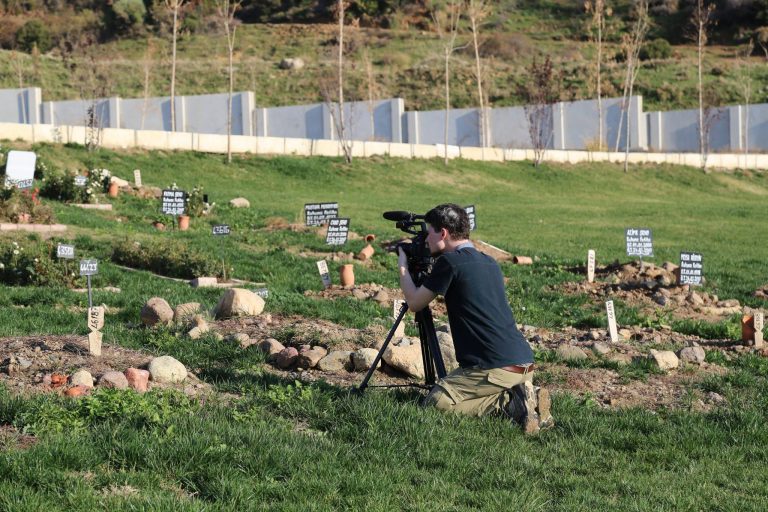 Tapping into Turkey’s refugee communities from Vancouver was a challenge. Students reached out to dozens researchers, journalists and community leaders to learn about the issues affecting refugees. Getting a response was often tough.

“It took a long time,” says Nadeem, citing hurdles such as the ten-hour time difference and the chill cast on NGOs and academics after the country’s failed coup attempt in 2016.

The students’ press credentials were approved just a few weeks before the trip, after some nail-biting delays.

The faculty liaised with fixers — hired reporting partners who can speak the language and have local contacts — to prepare contingency plans.

Turkey has imprisoned dozens of journalists since the coup attempt, which prompted students to discuss how to report safely in the field.

“It’s always nerve wracking take students into the field anywhere you go,” Klein says. “There’s anything from crime to assaults to requests for bribe. You try as best as you can to prepare the students.”

“Because we were doing a story that isn’t one of the hotbed issues for that country, we were able to function under the radar a little bit,” he adds. 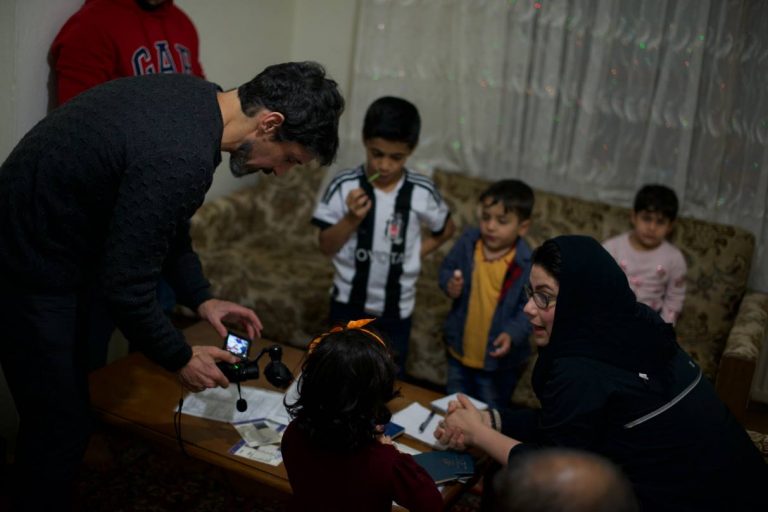 By the beginning of December, students drafted an ambitious ten-day reporting plan that had them crisscrossing the country. They met sources in what are known as satellite cities — cities and towns where non-Syrian refugees are placed, away from the metropolises of Istanbul, Ankara and Izmir.

Nadeem says the satellite city system rarely comes up in media coverage, despite the challenges it poses for non-Syrian refugees. “That made me realize that maybe there are stories that we think have been done, but haven’t actually been done.”

For instance, Nadeem and her reporting partner, Andrew Seal, unearthed a story about a man trying to find the bodies of his wife and two sons in Turkey, after their boat capsized in the Mediterranean.

The man has travelled to local morgues across the country to identify his family, but the red tape has made it close to impossible.

“You just have to keep talking to people,” Nadeem says. “It might not be useful, but one thread always leads to another.”

Students spent the final four months of the term in post-production, sorting through video footage, translating dialogue, and writing and fact-checking stories. They worked with Huffington Post editors to polish the pieces. 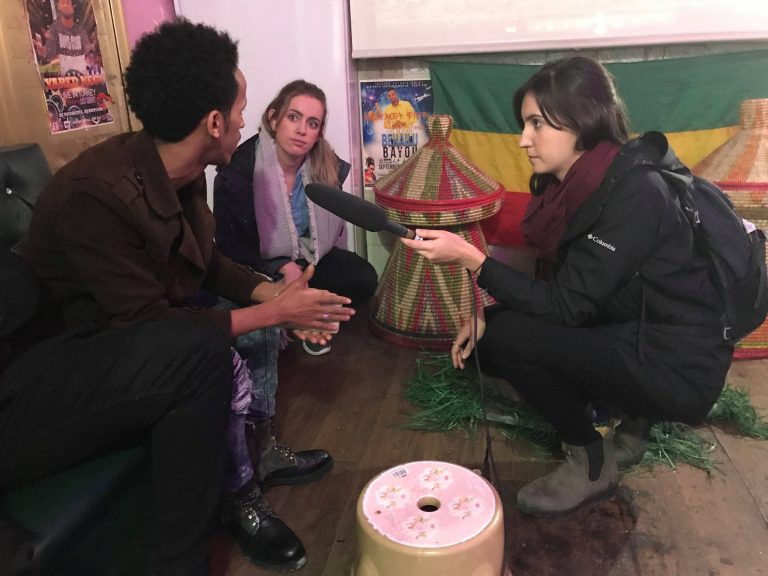 IRP fellow Emma Loy acknowledges that it can be harrowing to read the stories.

“We want to show the deeper part of it,” she says. “Yes, these people are suffering, but they’re spending they’re also trying to regain their agency. I’m hopeful that we can bring this aspect of their lives across.”

For the 2018-19 year, the IRP fellows will collaborate with students from international universities. They’ll do field work together, avoiding an insider-outsider dynamic associated with fixers, Klein said.

They’ll also be integrating more scholarship into the project. Scholars with expertise in the topic will join lectures, as well as graduate students from relevant disciplines.

“It will be a genuine collaboration,” Klein says.