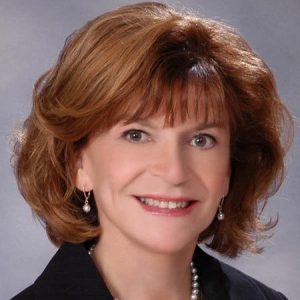 The UBC Journalism community is thrilled to congratulate Professor Emerita Donna Logan on being named as the recipient of the 2018 Jack Webster Foundation Bill Good Award.

Each year, the award honours an individual or organization from B.C. who has made significant contributions to journalism in the province.

“There’s no doubt that Donna Logan exceeds the criteria for the Bill Good Award,” announced the Jack Webster Foundation.

Professor Logan served as the founding director of UBC’s Graduate School of Journalism from 1997 to 2007. “However,” the foundation noted, “her contributions don’t just lie there.”

She held several senior executive position at CBC, including vice president of CBC Radio. She also served as president of the Canadian Media Research Consortium, a partnership between UBC Journalism, York and Ryerson’s joint Graduate program in Communication and Culture, and Centre d’études sur les medias at Université Laval. In 2004, she led the first public survey of attitudes toward the media in Canada.

“I am totally thrilled to be chosen as the 2018 recipient of the Bill Good Award,” said Professor Logan.

“There were many people who helped with the launch of the Graduate School of Journalism, to whom I am grateful,” she said. “As I look over the current list of faculty, it is enormously satisfying to note that all of the originals are still involved in one way or another.”

“Equally important, the students have won numerous honours and achieved prominence in their work that has brought attention to the School and made me very, very proud.”

Media ethicist Dr. Stephen Ward, who succeeded Professor Logan as the director of the School in 2007, said her receipt of the award is “well-deserved and overdue.”

“Professor Logan helped to establish and define a new approach to journalism education which redefines the journalist as much more than a reporter of events,” he said.

“The journalist is also an informed and socially engaged public intellectual. In an era of disinformation and extreme populism, this ideal of journalism is crucial to the continuance of democracy, and much more.”