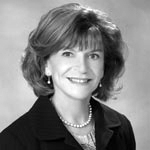 Donna Logan was the UBC Graduate School of Journalism’s Founding Director.  She is currently involved in media research projects.  She is President of the Canadian Media Research Consortium, a partnership of three graduate programs in Canada: UBC Graduate School of Journalism, York/Ryerson Graduate Programme in Culture and Communications and Centre d’études sur les medias, Université Laval.  Professor Logan”s research interests include media credibility, media management, excellence in journalism and the future of news.  In 2004, she led a team of researchers that conducted the first public survey of Canadian attitudes toward the media.

Prior to coming to UBC in the fall of 1997, Professor Logan had an extensive career in print and broadcasting and held several senior executive positions with the CBC. While there, she was Chief Journalist and Managing Editor, National Radio News; Program Director, and then Vice-President of CBC Radio; VP Regional Broadcasting Operations (English/French and Radio/TV); VP Media Accountability and Regional Director for B.C. She is on the boards of the Canadian Journalism Foundation and the Michener Awards for Journalism. Professor Logan also chairs the CAJ excellence in journalism awards committee and has served on numerous juries for journalism awards.

A graduate of Carleton University in political science and journalism, she has been on the advisory boards of several Canadian journalism schools and taught courses and given numerous lectures at Canadian universities and abroad.  She serves on the boards of the Canadian Journalism Foundation; the Michener Awards for Journalism; and is Immediate Past President of the Vancouver Forum of the International Women”s Forum (IWF).  Professor Logan is also a public speaker and frequent commentator on media issues and policies.

Journalism and the New Millennium, an anthology of essays by prominent Canadian journalists, edited by Donna Logan, 1998

Task Force on Ombudsman, a report written to summarize findings and recommendations of a task force established to create framework for CBC-SRC ombudsmen,1993

Senate Investigation of the Media:  Invited address followed by questions.  May 27, 2003

Quebec Referendum Report, an assessment of coverage by French and English networks of the CBC, 1995

It’s Time for a New Direction: The Slippery Slope of Competition has taken English TV to the Land of the Banal, Media Magazine, Winter 2006 (with Beth Haddon)

Women in the Media, Combroad, published by the Commonwealth Association of Broadcasters, March 1993

A Time for Change: CBC Radio in the Nineties, Cambroad, published by the Commonwealth Association of Broadcasters, June 1991