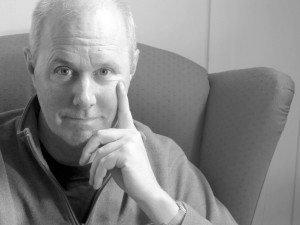 David Beers is an adjunct professor at the UBC Graduate School of Journalism with three decades of experience as a magazine writer, magazine editor, newspaper editor, and founder of The Tyee, one of Canada’s earliest and most successful independent online news sites. He is focused on solutions-focused reporting, exploring the creative potential of digital media, and finding new ways to produce and finance public interest journalism.

At UBC, Beers teaches what might be described as Features 2.0 – an immersive, seminar-style course in which second-year students find, pitch, report, write and polish a major piece. Many students have seen their resulting work published in a range of well-regarded publications. The work done in this class can fold directly into the student’s Final Research Project.

Many journalism students have completed internships at The Tyee, a place where they can stretch and do their best work in a supportive environment.

During his career, Beers has been a freelance reporter, managing editor of the weekend magazine of The San Francisco Examiner newspaper, and senior editor at Mother Jones magazine. At the Vancouver Sun newspaper he handled features and special projects as a top editor, then founded The Tyee where he currently serves as editor for initiatives.