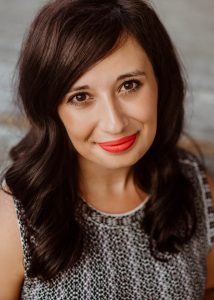 When Dominika Lirette graduated from UBC Journalism in 2017, she started working as a casual staff member for CBC Kelowna, before being hired full-time shortly after as a digital associate producer.

Lirette comes from an arts and culture background, having danced professionally and worked in arts public relations in Edmonton prior to her career in journalism.

“I found myself being almost envious of the reporters that were writing the stories,” she said. “I’d write the press releases and it made me want to cover the stories myself, so on a whim, I applied for journalism school.”

Her work since has appeared in the Edmonton Journal, Vancouver Magazine, Western Living, The Globe and Mail, and CBC.

What courses did you pursue in the program?

I didn’t really know what I wanted to do, so I signed up for every single module: radio, film, virtual reality, feature writing — even data, and I hate math. It helped me hone in on what I was interested in. Many of my classmates were so specific with what they wanted. And I think part of the strength of the program is that there’s such a mix of people who have journalism experience that attend to refine something, and also people who may not have had much exposure to the industry.

I loved feature writing because that was what I thought I was going to do out of journalism school. I also did a VR module and spent some time at a drop-in dance studio, Harbour Dance, and went in with my project partner, filmed and followed the classes. We’d sit in the middle of the studio and the class would dance around us so we could get every angle. Watching it, it really felt like we were part of the dance numbers.

Radio on the other hand, was not something I expected I would be doing so much of right out of school, and now I tap into what I learned in those classes all the time in my daily work. I had zero radio experience before j-school, and all I do is work in radio now. The six weeks I did the radio module in school, I still think back on for those fundamentals.

You graduated loving features and long-form writing. How did you transition into daily news at CBC?

The grind of it was hard at first. The transition was an adjustment, because previously I had been mostly working for magazines and writing features. I thought I much more enjoyed taking the time to create a setting and scene in a longer form story— and I still love that. But, I quickly realized how many communities rely on CBC when listeners called in whenever they didn’t hear something on the radio that mattered to them. For example, our afternoon show at CBC Kelowna, Radio West, covers the entire B.C. interior, and some of these communities don’t even have a newspaper.

When I first started, I remember getting a call about a fire a listener was upset he wasn’t hearing enough about on the radio when we were off the air one day, and while we can’t cover everything, I felt the weight of that, and it made me think about daily news differently, because I realized how many people not only rely on CBC, but also have developed this relationship with our shows and I’m lucky enough to be a part of that.

When I first graduated, I worked as an Associate Producer [for CBC Radio West and CBC Daybreak South] so I booked and wrote stories, and it was the second-worst fire year [2017]. So I learnt an insane amount about interior B.C. and wildfires. We did emergency fire specials. I learned a lot about chasing and writing scripts and that was when everything I learned in school kicked into overdrive. “What do you want to know? What do people listening to this want to know? Who can give some emotion?” People wanted to hear more than just fire officials. I would go through the YellowPages or Google small towns and find a local convenience store and I would just cold call them and ask if the fires were impacting them. It was a crash course of everything I learnt in J-school in overdrive that summer.

What advice do you have for new and prospective journalists?

Don’t be afraid to advocate for yourself, and don’t be afraid to ask other people for advice. I wouldn’t have been able to do this without the other journalists in my office. And be willing to go for opportunities, even if it’s a job you didn’t initially envision yourself working in. If you told me I’d be directing, operating and talking on a radio show every morning back when I was in grad school, I never would have believed it. I actually had a moment of hesitation before I applied. I had finally started getting into the groove of my original staff position of being a Digital Associate Producer, and asked myself if I really wanted to start something new so soon. And then another part of me thought, “How often do opportunities like this come up? How often does someone at my age, 28, a few years after grad school, get to be on the air every morning?” So I went for it. And I’m so glad I did, because I love it.