Four Master of Journalism students are pursuing their studies into topics ranging from the South Asian diaspora to the reporting on natural resources, supported by the coveted Joseph-Armand Bombardier Canada Graduate Scholarship.

It provides funding of $17,500 from the federal granting agency, the Social Sciences and Humanities Research Council of Canada (SSHRC). The scholarship is among the most competitive across Canada, with applications evaluated based on academic excellence, research potential and relevant experience. 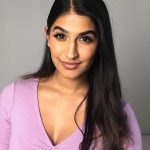 Rumneek Johal is pursuing a final research project: a thesis-equivalent work that includes an academic literature review along with a major work of journalism.

Her project, tentatively titled, “Allow Us to Reintroduce Ourselves: Reshaping South Asian Diasporic Representation,” will look at the nuanced lived reality of the intergenerational residents of Canada’s largest South Asian diaspora in Surrey, B.C.

The story will be told through a radio documentary. 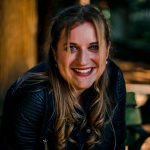 Candice Lipski has been working with Lesbian and Gay Liberation Canada. This is a collaborative project providing information on events, places, people, and organizations that are important to Canada’s liberation movement.

Her work with the group has informed a long-form feature article delving into female-identifying drag performers in Vancouver.

She is also part of this year’s Global Reporting Project, which is looking at primary education. She will be traveling to Kenya in the new year as part of the project. 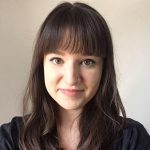 Emma Renaerts’ final research project is exploring the importance of monuments, and the impact their removal can have, in the Canadian context.

“Monuments tell us who to value, and their removal has been a subject of heated debate and growing controversy in North America for the past five years,” she said.

“By examining the removal of the Macdonald statue in Victoria, I hope my feature will help us better understand this controversy, and show one potential ‘right way’ to remove a monument as an act of reconciliation.” 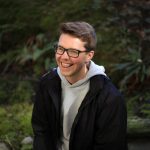 Choosing to pursue an academic thesis, Logan Turner is investigating how journalists construct value to natural resources in Canada.

He is using the media coverage of the Ring of Fire proposed mineral development as a case study. The development, a massive mining and smelting project proposed for northern Ontario, include land in Treaty 9 territory.

“Since the founding of the modern, colonial State, mainstream public and political rhetoric have heralded natural resources as the driver of all progress in Canada,” he said.

“Yet, we know that resource exploitation has caused significant harms to people and communities across the country, without receiving significant public attention.”

Turner’s research “seeks to explore how news organizations have constructed knowledge, public perception and value of natural resources in Canada.”