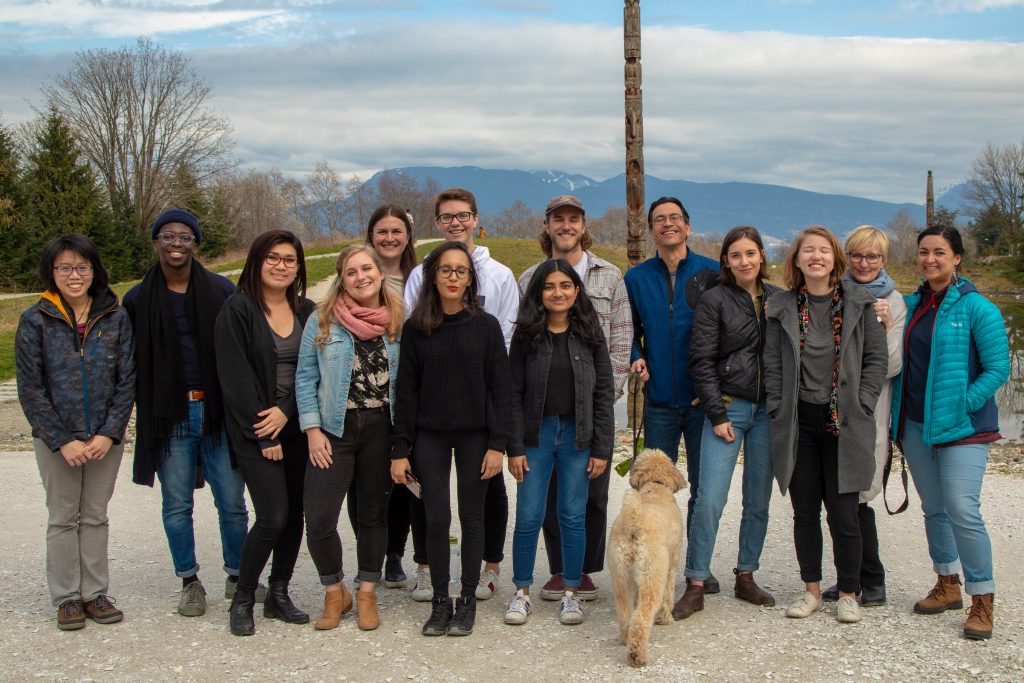 How Indigenous communities are finding new ways to tackle pressing challenges is the focus of stories by students taking the Reporting in Indigenous Communities course at UBC Journalism.

The project, titled Renew: Stories of Indigenous innovation, features six multimedia stories covering a range of topics from archeology to food to art. Students and faculty also worked on a CBC Radio special program that aired on Monday, May 20.

The stories, which are published by CBC Indigenous, are available to read at IndigenousReporting.com.

“What’s been fascinating about this year’s RIIC theme of ‘innovation’ is exploring how Indigenous people themselves are drawing on old ways of knowing to find new solutions to contemporary challenges,” said McCue. “When you look at the bigger picture, I think the series will leave our audience hopeful and inspired.”

Last year, the More Than Words series focused on Indigenous language revitalization. It was nominated for a 2018 Canadian Online Publishing Award and an Emerge Media student journalism award in the multimedia production category. The hour-long CBC Radio program about Indigenous languages is available here.

“Compared to what we did last year, the students had an opportunity to cast a wide net. The stories are really diverse,” said journalism student Jamuna Galay-Tamang, who was a member of the 2018 class and served as this year’s research assistant.

Launched in 2012, RIIC was the first journalism course in Canada to focus exclusively on Indigenous new stories.

Under the guidance of McCue, alongside Professor Kathryn Gretsinger and digital producer Chantelle Bellrichard, students are immersed and introduced first hand to the ethics of reporting in First Nations communities.

McCue, who is Anishinaabe from the Chippewas of Georgina Island First Nation, is the creator of an online guide for journalists covering Indigenous communities. He hosts Cross Country Checkup on CBC Radio One.