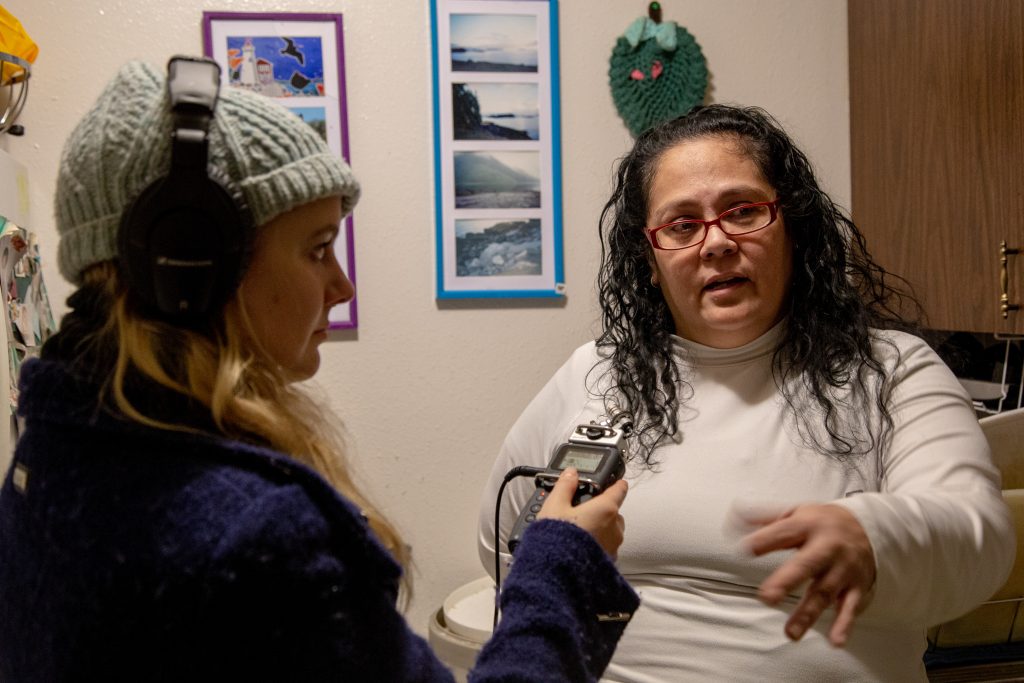 High levels of lead in tap water in areas of British Columbia have been uncovered by UBC Journalism students working on a national investigative journalism project.

During the second year of their Masters of Journalism program, Lauren Donnelly, Jamuna Galay-Tamang, Brenna Owen, V. Wells and Nancy Wu collaborated with a national media consortium as part of the Tainted Water project.

The nationwide investigation looking into the quality of Canadian tap water brought together 120 student journalists, professors and journalists at nine universities and 10 media companies.

“The national scope of this investigation has been essential to highlight the policy changes needed in BC and across Canada,” said assistant professor Charles Berret, who supervised the project at UBC.

Their team focused primarily on lead levels in drinking water, along with carcinogens called THMs, short for trihalomethane.

Their findings have been published in the Star Vancouver, Toronto Star, Associated Press and National Observer, and are the subject of a Global News broadcast and articles.

Students worked under the supervision of assistant professor Charles Berret and Patti Sonntag, director of the Institute for Investigative Journalism at Concordia University, which facilitated the collaboration.

“The UBC students were meticulous in their research, which they shared with students and journalists across the nation throughout the year. With the help of residents who volunteered to test their drinking water, they have been able to uncover information that may enable residents to better protect their health,” said Sonntag.

Focussing on communities in British Columbia, the students travelled to Nanaimo, Victoria, Prince Rupert and the First Nations community of Metlakatla to collect tap water from homes along with Vancouver neighbourhoods. They travelled door-to-door asking residents to participate.

The UBC team found elevated lead levels in the tap water of Prince Rupert homes that leading researchers said by some measures could be compared to those in Flint, Michigan, in 2015.

Jamuna Galay-Tamang, who travelled to Prince Rupert with Owen and Donnelly, attributes her group’s findings to teamwork and “months of intensive research.” It prepared them to ask informed questions and look for infrastructure — such as lead service lines and lead fixtures in houses — that puts homes at risk.

Brenna Owen acknowledges that their findings were also made possible by the willingness of the people to participate in the project.

“Residents opened their homes — and the cupboards under their kitchen sinks — to us as we learned about the drinking water in each community,” said Owen, who travelled to Nanaimo, Metlakatla and Prince Rupert. “It’s the greatest feeling to translate those personal conversations into stories with the potential to push the levers that move policies forward and protect people across B.C and Canada.”

Students interviewed lead and hydrology experts, municipality officials, town residents, and more to prepare for their reporting trips. They also worked with data and had opportunities to file Freedom of Information requests to public officials.

“Public health doesn’t function unless the information is public,” said health sciences professor Bruce Lanphear, whom the students consulted on the health effects of lead. “And I think that’s one of the takeaways from this investigation, that we are relying on journalists to do public health work.”

UBC Journalism will be hosting a launch event at the School on November 20th.