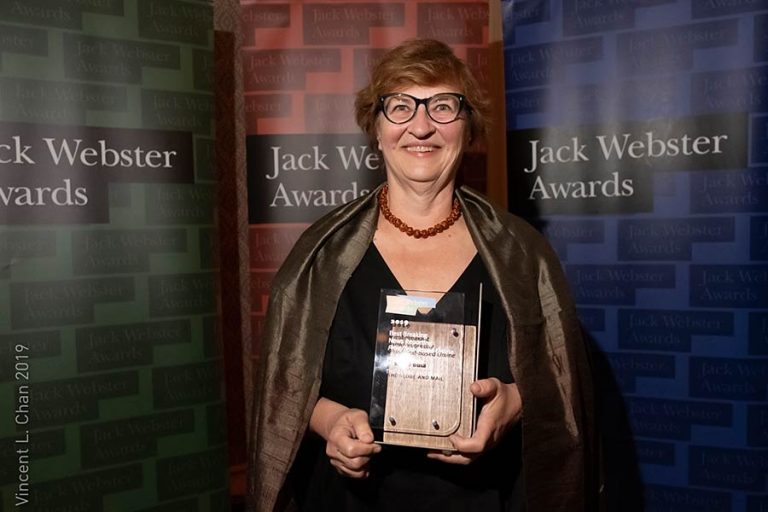 UBC Journalism faculty, alumni, and students took home a total of four awards at the 2019 Jack Webster Awards, which recognize excellence in journalism by B.C.-based journalists.

The Jack Webster Awards were established in 1986 in honour of British Columbian reporter Jack Webster, who was known for his insightful and unabashed reporting in his more than 40 years of print, radio, and television journalism.

The winners of the 33rd annual awards were announced at a dinner on November 7th, 2019 at the Fairmont Hotel Vancouver.

Adjunct professor Frances Bula won an award in the Best Breaking News Reporting – Print/Text-Based Online category for her reporting in The Globe and Mail on campaign finance. She also received a nomination in last year’s awards.

Alumna Vivian Luk was part of the CBC podcast, Sanctioned: The Arrest of a Telecom Giant, that won Excellence in Legal Journalism. The radio series followed the arrest of Huawei executive Meng Wanzhou.

Second year student Brandon Wei took home one of this year’s five student Jack Webster awards, given to students based on their journalism experience and an essay they write discussing the importance of journalism and their career goals.

“My goal has always been to use storytelling to combat stigma and fight for equality,” he said. “And I believe journalism is the purest form of storytelling.”

Each of the student winners will receive $2,000 towards school tuition. 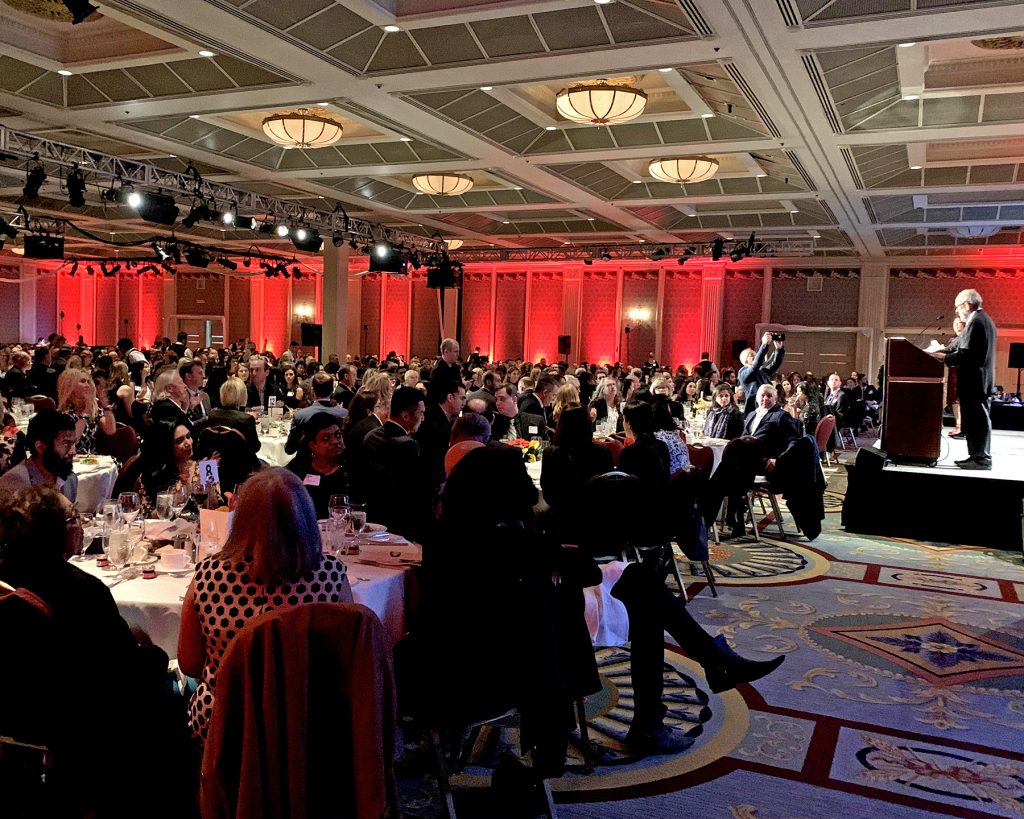 Simran Singh, a staff writer at Daily Hive Vancouver, will attend the Poynter Institute to take the course Reporting Workshop for Rising Stars.

Maryse Zeidler, a digital reporter at CBC Vancouver, is the recipient of a self-defined fellowship in order to further study photojournalism.

Also nominated in Best Breaking News Reporting – Print/Text-Based Online along with Bula is alumna Cherise Seucharan. She was part of a team at the Star Vancouver that covered the Wet’suwet’en protests.

Alumnae Laura Kane and Aleksandra Sagan were nominated in the Excellence in Feature/Enterprise Reporting – Print/Text-Based Online category for a five-part series they produced on the growing epidemic of drug resistance for The Canadian Press.

Alumnus Wawmeesh Hamilton was nominated in the Community Reporting category for his work in The Discourse’s series on “fake art” or Indigenous-themed art in the tourism industry that’s created without any collaboration with Indigenous communities.