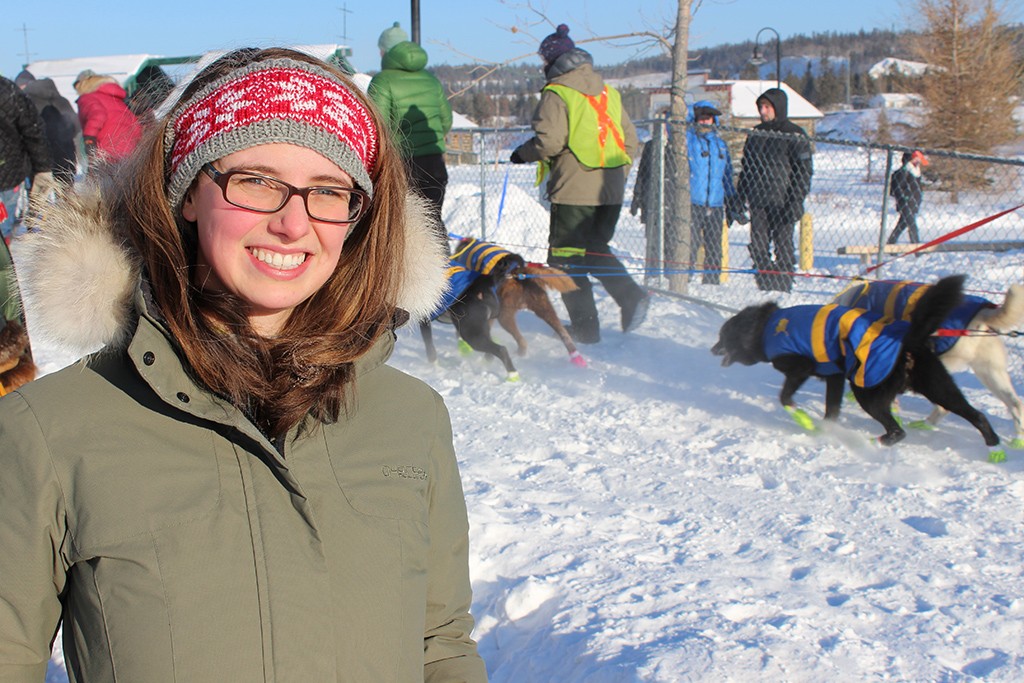 Jacqueline Ronson moved to the Yukon after graduating from UBC Journalism in 2012. She currently works as a reporter for Yukon News in Whitehorse. The reporting team consists of only three journalists, but Ronson says they, “Pack a punch.” The twice-weekly publication is routinely recognized in local and national awards.

Can you tell us a bit about your current role?

I report on territorial politics, business, science, First Nations, environment, mining, energy, the arts and a little bit of everything else. I like to think that my strength is in technical writing, or explaining complicated and sometimes boring things like economics and regulatory processes in a way that is interesting and helps people understand why it’s important how it affects their lives.

I get to cover issues of national and international significance, and as a bonus I didn’t have to spend years clawing my way up the newsroom hierarchy to get at the good stories – within about a year at the newspaper I was the most senior reporter on staff. As part of my role I also fill in for the editor when he is sick or on vacation, an experience I don’t imagine is easy to come by at larger newsrooms in the country.

What other positions have you held since graduating from j-school?

In addition to the Yukon News, I have done some freelancing, most notably for Up Here Business magazine. For one story I travelled to Old Crow, Yukon’s only fly-in community. They built a winter haul road into the town for the first time in a decade last year, and it was pretty exciting to be on the ground in the community when the trucks started rolling in. Another story I wrote for them was a retrospective on Yukon’s Internet market. There used to be a handful of competitors in the dial-up space, which eventually all got eaten up by one company. It was fun to meet with the players and hear their stories from the Wild West days of Yukon Internet.

After my undergraduate degree in global development studies I didn’t have much of a career plan. I spent a year as a market researcher in Toronto, and it was clear fairly soon that the corporate ladder wasn’t for me. Around the same time I fell in love with the storytelling on podcasts like “This American Life” and “Planet Money.” I was also listening to a lot of CBC Radio 3. That’s what drew me to j-school and to a summer internship with CBC radio in Whitehorse. When I applied for the Yukon News, the CBC’s executive producer gave me a great reference, and my editor later told me that was a big part of why he took a chance on someone who didn’t have a single printed newspaper article to her name.

Here are five: Be a human, first. Have compassion. Be tough. Be fair. Meet your deadlines.

There’s a legal battle waging in the Yukon over the future of the Peel watershed, a chunk of land the size of New Brunswick located in the northern corner of the territory. It’s a huge international issue that has been covered by National Geographic and other major publications. I’ve been following the story for more than two years, which has allowed me to have a really firm grasp on the legal and technical issues that form the basis of the dispute.

My favourite story, though, is about the people. Most of the coverage has framed the issue as a fight between environmental groups and First Nations on one side and miners and government on the other over a large swath of pristine wilderness. From that angle, it’s easy to forget that there are people who have lived off of the land in the Peel Watershed for millennia, and continue to do so today.

The Gwich’in communities of the Peel watershed are actually located in the Northwest Territories, just over the Yukon border, more than 1,000 kilometres by road from my newsroom. I closed that distance by using friends and contacts to get in touch with some of the few remaining people who know parts of the Peel watershed like the back of their hands.

My main source was an 80-year-old Gwich’in man who spoke in broken English but had more power in his voice and in his stories than anyone else I’ve ever interviewed. The article that resulted, “The people of the Peel,” was shared widely on social media. I can’t say that my reporting influenced the legal outcome of the case, but I likely got more emails thanking me for that story than the rest of my articles for the Yukon News combined.

I would definitely recommend the program to aspiring journalists. As someone who came to the school with barely a shred of journalistic experience, I can say that the courses whipped me into shape in record time.