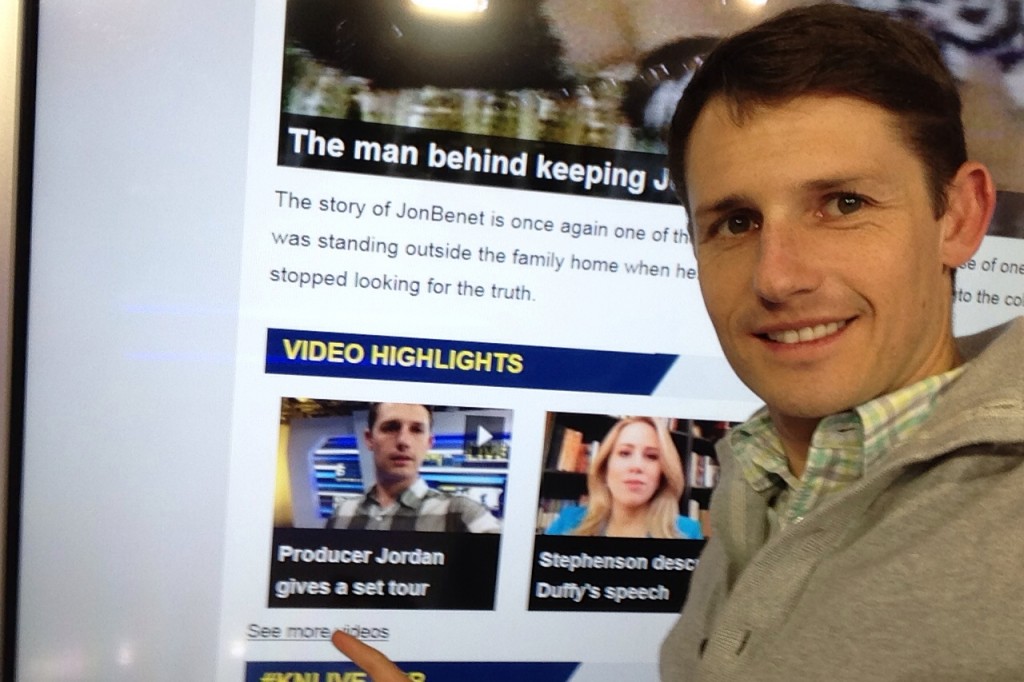 Jordan first got a job as an editorial assistant at Global News Toronto after he graduated from the j-school in 2008. At Global, he field-produced and rolled teleprompter. Then, he left Global to do social media marketing and communications for a transit company. During the Vancouver Olympics in 2010, he worked as a runner for NBC Nightly News. After the Olympics, he landed a job as a news editor for Yahoo! Canada. After three and a half years at Yahoo!, he was hired by CTV to work as a story producer for Kevin Newman Live.

Jordan is now the online editor for Globe Drive at the Globe and Mail.

Jordan reflected on how the school has helped him in his career.

J-school helped me become a better writer and I learned the importance of multi-platform journalism – learning what it means to produce different treatments for the same story depending on the medium. But most importantly it was where I began to learn how to pitch. It’s something I have to do multiple times a day and Peter is a master at it.

I learned what is news and how to find good characters. I’d like to think that I keep getting better at these aspects of the profession, but I think they are the hardest part of the job and I learned a lot about it at UBC.

I’m incredibly proud of the Dan Rather Reports piece I co-produced with the rest of my class in second year. But I would have to say the piece I’m the most proud of came out of a series I worked on about small towns dying across Canada. I spend a week in Newfoundland where small towns are being hit the hardest and one piece that came out of that was about how Fogo Island is being revitalized thanks to a truly fascinating woman with money and a vision. The piece not only shared a little-known story about the woman and this island with the rest of the country, but it opened up the discussion if our small towns are worth saving. The story showed one example of how it is possible and hopefully other small towns can use that example.

I would definitely recommend the school to anyone looking to work in the field. The instructors are at the top of their game and the projects and stories UBC students get to work on aren’t even comparable to any other school in the country.