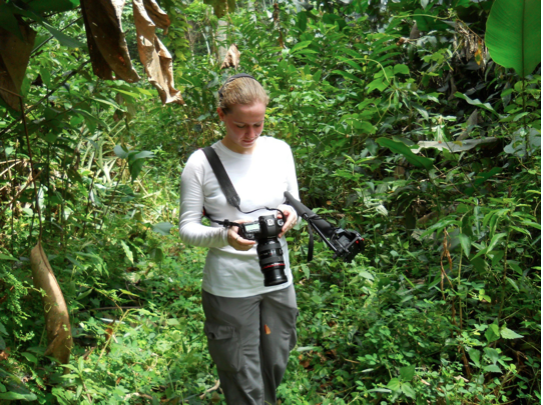 Upon graduating from the program in May 2013, Kim Nursall took on a one-year internship at the Toronto Star. Nursall worked on the International Reporting Program’s most recent documentary, CUT, which was recently awarded a Canadian Online Publishing Award.

Nursall reflected on her time at UBC and how it prepared her for the real world of journalism:

Without UBC, I highly doubt I’d be where I am right now. Before j-school I had written a little bit for the student paper during my undergrad, but beyond that I pretty much had no idea what I was doing. Although my career is still very young, and I still sometimes feel like I don’t know what I’m doing, UBC gave me the foundation and confidence to know that I can succeed. Two years ago I never would have thought I could land a one-year internship with the Toronto Star, but here I am — thanks to the countless doors j-school opened for me through classes on practical journalism skills, in-depth discussions about media ethics and networking opportunities.

What is one of your most memorable experiences at the School of Journalism. What were the key lessons you learned? Skills you gained?

I can’t look back at my time at UBC and not think of the International Reporting Program. It was hard. Really hard. And, at times, incredibly frustrating. But not only did it teach me tenacity, I had the opportunity to go to Cameroon. I’ve always wanted to travel to Africa, and that experience will go down as one of the most memorable of my life. Between jungle treks, forgotten power cords and a sick-in-bed professor, it was, at times, a mess. But you’ll never learn more than when you’re thrown head first into the unfamiliar.

The piece that I’m most proud of is my thesis. It’s currently in the process of being published, so unfortunately I can’t link to it just yet, but just know that it’s a memoir about domestic infant adoption in Canada, the growing practice of open adoptions, and the general lack of consensus regarding adoption psychology. It was a really difficult article to write, but I received a tremendous amount of support from the school and am so happy I made it through.

Also: a shout out to the CUT project that the International Reporting Program produced, which won gold for best multimedia video or feature at the 2013 Canadian Online Publishing Awards, overtaking pieces from media organizations like the Star. Regardless of the award, the project is amazing, and I’m really proud to have been a part of it.

Becoming a journalist requires commitment, and the Master of Journalism program is really trying. If you’re unprepared, it can be overwhelming. That being said, the faculty and resources at UBC are phenomenal, and you’ll be amazed at what you can learn in the span of two years. I wouldn’t trade my time at UBC for any other opportunity, and I know that the impact it has had on me will stay with me for the rest of my career.