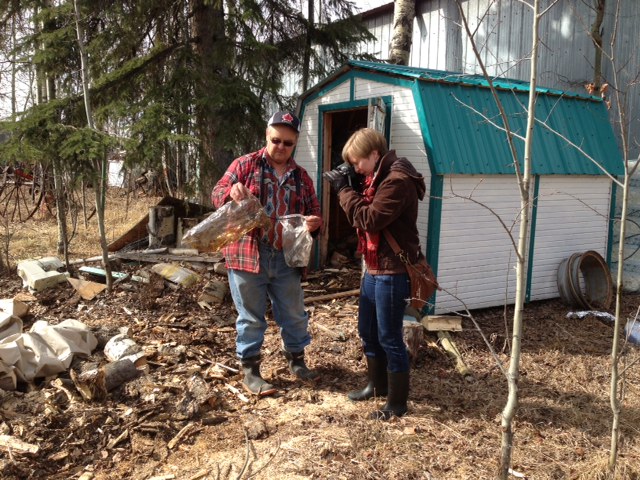 Leslie Young was one of 10 UBC journalism students to win an Emmy Award for Outstanding Investigative Journalism on the PBS Frontline/World documentary, Ghana: Digital Dumping Ground in 2010.

Since graduating in 2009, Young has taken her skills to the Global News Investigative Data Desk, where she wrangles data for national investigative news stories.

Young reflected on her time at UBC and how it has prepared her for a career in journalism:

How did your journalism school experience help you transition into a career in journalism?

For me, the most important thing was the multimedia experience I got at UBC. In my classes, I learned how to write a story, shoot pictures and video, record interviews and integrate all of this into an online piece. This made me very versatile and definitely opened up my job options post-graduation. Since I left UBC, I’ve produced segments for CBC Radio, appeared on live television, and created interactive stories on the web.

What is one of your most memorable experiences at the School of Journalism? What were the key lessons you learned? Skills you gained?

A highlight for me was definitely the International Reporting Program, simply because it was such a hands-on experience. But I really got an appreciation for the amount of work involved in producing such a strong piece of journalism. There were months of research before we even left Canada, and even longer to write and edit the result.

What’s been the piece of journalism you’ve produced of which you’re most proud? Why? What was involved?

Last spring, I did a series for Global News, which looked at oil spills across Alberta. It started with a simple question: how many oil spills are there in the province? It took nearly a year to find out. After months spent fighting to obtain the information from the government, I finally got a list of the location and amount of every spill by the oil industry in Alberta since the 1970s. As it turns out, since then, there have been an average of about two spills every day.

While writing this story, I travelled to Alberta and met a farmer who has had a spill on his property nearly every year for the past 40 years. I was also able to put some pointed questions to the province’s Energy and Environment ministers. Finally, with help from our developers, I put together some interactive graphics that allow people to look up oil spills near them.

I like that I was able to show people something that had previously been kept hidden, and now, anybody can download the data I found.

Take advantage of all the different skills that you can learn while you’re there, and get curious about everything. You never know where you’ll end up.