Linda Givetash is a Canadian-South African journalist based in London. She graduated from UBC School of Journalism in 2015 and now works as a reporter for NBC News and freelances.

Givetash was previously a reporter-editor for The Canadian Press in Vancouver. She was an International Reporting Program (IRP) fellow in 2014 and was part of the team that produced Out of the Shadows, a multi-media project reporting on mental illness and prayer camps in West Africa. She was also the recipient of the Canadian Institute of Health Research (CIHR) Communications Award and the Aga Khan Foundation Canada Young Professionals in Media Fellowship in 2015, spending eight-months reporting in Uganda.

Her work has been published in The Globe and Mail, Quartz and The New York Times. 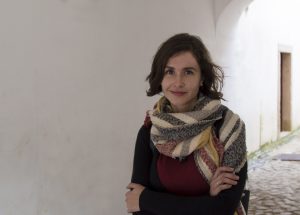 How has UBC Journalism School helped you in your career since graduating?

Since graduating, the bulk of freelance gigs and jobs I’ve landed had a UBC connection. The school’s professors and instructors have provided me with recommendation letters or supported me as a reference. They’ve helped with networking by introducing me to editors at various publications.

Among alumni, I’ve received and shared tips about finding jobs. I regularly turn to my peers for bouncing ideas. It’s a close community that I’m grateful to be a part of.

Are there any projects during your time at j-school that you’re particularly proud of?

There were two major projects I worked on while at UBC that I’m incredibly proud of. The first was a multimedia story I worked on with the International Reporting Program. The topic in our year was global mental health, and the team I was on went to Benin and Togo in West Africa to report on human rights abuses inflicted upon people with mental illness. We uncovered horrific practices to “cure” people with mental health issues, who were believed to be possessed by spirits.

The production process was intense, to say the least, with months of research and preparation, two weeks of around the clock reporting on the ground, followed by months editing and packaging the stories. I learned a lot about investigative journalism and reporting overseas — lessons that have informed more recent trips and projects I’ve worked on. Our video went on to be published by the New York Times, and the overarching project website won an Online News Association award. The reach the stories have had is huge, and I hope that in turn, they’ve informed more people about mental health.

The second story I’m quite proud of is my thesis project, which was a combination of a video and two print features. I focused on Alzheimer’s disease and dementia, and the resources and support people in the early and moderate stages of the disease need to live comfortably in their communities.

The opportunity to spend more than eight months investigating an issue is what initially attracted me to journalism school — it’s so rare to get that kind of time to focus on one story. It was also a great learning opportunity to explore working with different media and tools. This project also had a wide reach, with one of the features and the video being published in the Globe and Mail. The skills I walked away with from both the IRP and thesis project have led me to do the work I do today.

Any word of advice to students?

If you’re going to go to journalism school, you should be serious about getting into the profession. That said, keep an open mind about what that profession looks like once you’re out.

I didn’t go to journalism school to come out a freelancer. But cushy staff jobs are increasingly a rarity and they don’t always guarantee that you’ll be working on in-depth or impactful stories, which is what I preferred to do. The combination of a staff job and freelancing allows me to do the type of journalism I want to do and also explore very different issues and methods of storytelling.