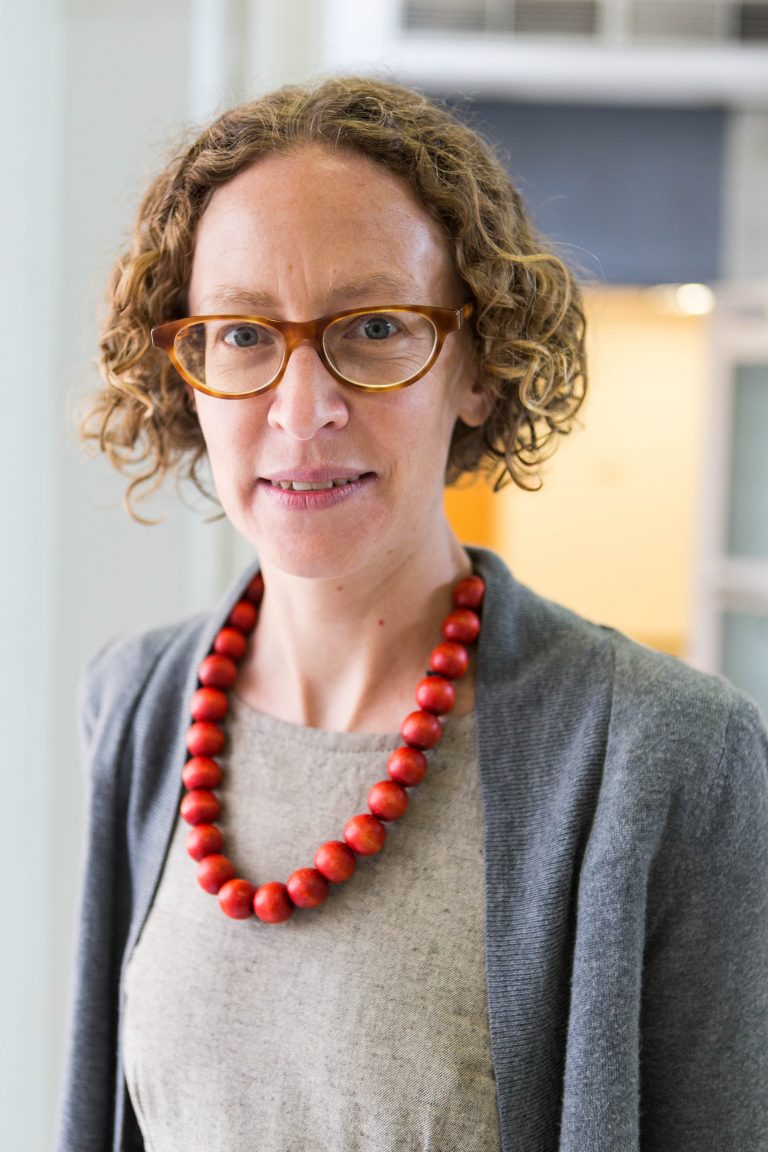 After graduating from UBC Journalism in 2005, Magda Konieczna became a city-hall reporter at the Guelph Mercury newspaper. It was a dream job, but after several years, she felt the urge to return to academia.

In 2012, Konieczna earned her PhD in journalism and mass communication from the University of Wisconsin-Madison. She’s now an assistant professor in journalism at Temple University in Philadelphia, Pennsylvania, where she teaches news writing and the business of journalism.

Her new book, Journalism Without Profit: Making News When the Market Fails, examines non-profit news organizations and and how they provide public-service news. It’s due to be published in June 2018.

What made you decide on UBC Journalism?

I was an undergrad science student at the University of Waterloo. I felt that there were existing scientific solutions to problems that just don’t get implemented because of a lack of public knowledge. Writing about science felt more meaningful than doing science. As an undergrad, I started dabbling in the student newspaper. I was editor of my student paper for a year and then decided I wanted to get into journalism in a more professional way. That’s why I decided to do the masters.

I liked the idea that it was a masters. In retrospect, that turned out to be useful because I went on to do a PhD.

What was your goal coming to journalism school?

To develop the skill to write about science in a way that would encourage the implementation of existing scientific solutions. I specialized in the history and philosophy of science.

Did you pursue a final research project or thesis?

I did a thesis. I worked with journalism professor Mary Lynn Young and a professor named Aleck Ostry in epidemiology. We looked at the way that nutrition information was conveyed on the internet. We compared the content of stories online about nutrition to recommended guidelines.

What hurdles did you face in journalism school?

I remember we had this assignment where you needed to go out in the morning, find a story idea, write the story and submit it by the evening. I went to a police press conference, which had been cancelled. So I thought, ‘Ugh, what am I going to do?’ I went to the courthouse and I sat there for three hours and nothing interesting happened.

Suddenly, an entire platoon of news photographers descended on the court house. It turned out that a bunch of cops — four or five of them — were being charged. Obviously, it ended up being a huge story and I was excited to write it.

I often tell my students that story. I do not give them zero for factual errors. I only deduct 10 per cent for each factual error. Overall, that assignment is a super important skill. When I worked at the Guelph Mercury, I wrote two or three stories a day. Writing one story in one day felt like a luxury.

What are some highlights of your time at UBC Journalism?

I had done some journalism before, but I really felt like the program turned me into a journalist. Taking a class with professor David Beers was excellent. I really enjoyed having him. He assigned us On Writing Well, which is an awesome book that I get my students to read.

I loved living at UBC’s Green College. In some ways, it set my path as an academic. It was also interesting to experience a different part of Canada. I’d only ever studied in Ontario and felt like Ontario was the centre of the universe. Then I got to British Columbia and realized that that’s not the case.

What came after graduation?

I really loved that job. I wrote a lot about city hall, which felt very fulfilling. I tell my students that I was even able to make the topic of trash interesting. They look at me skeptically.

Did studying at UBC Journalism help you later jump into a newsroom?

Absolutely. I had a little part-time job at a weekly paper when I was still an undergrad. But at UBC, I learned the practices and processes of being a journalist and the ethics.

I interned at the North Shore News and at a magazine. All of those experiences totally prepared me for working in the newsroom. Thinking about journalism academically was also important for me as a journalist and certainly now as an academic.

What made you jump into academia?

There were things happening in the newsroom that I didn’t understand. One is why are we doing things a particular way and the second is the implications of what those things were.

I remember an elephant died and they brought the body to the Guelph area for an autopsy and I said we should do a story about it. But it wasn’t until all the news outlets in the world wrote about it that we wrote about it. And I thought, ‘Oh, that’s kind of weird.’ Why does journalism work that way? What is it about the local newspaper that takes the national press to be an arbiter of what is newsworthy?

There was also was trouble in the newsroom. I had done a series about trash with a colleague. We had a ton of time to do that. That was the last time that that happened in my time at the Mercury. We still had this annual series, but you’d get like a week to write it. It felt like things were tightening up. It seemed like I could stay at the Mercury, doing what I had been doing, which was really enjoyable, but not really understand what I was doing and kind of ride the sinking ship.

I decided I was going to write a book about Port Hope, Ontario and how the people there started a newspaper. A friend of mine and I went to Port Hope and hung out with the locals and we wrote a book proposal. Nobody was interested in it. I just decided to do my PhD and write that book as a scholarly book. It’s finally coming out soon.

What made you stay in academia?

I feel like I’m working for myself, in the sense that I pick what I want to think about, I think about it and when I decide I’m done thinking about it, I submit it to a journal. I feel like there’s a ton of questions to ask in journalism right now.

Philadelphia, in particular, they call it the poorest big city in the U.S. There’s all kinds of problems on my doorstep, which makes it an interesting place to be a journalist. It makes it a bit of a hard place to be a human. But my students have no shortage of interesting and extremely complicated things to write about.

I teach an entrepreneurial journalism class. We’re working with the Pennsylvania Prison Society right now. They have a prison newsletter written by prisoners and we’re trying to figure out how that newsletter can better serve prisoners. We’re hoping to share our knowledge about storytelling and voice. That’s a really amazing fulfilling thing.

What do you try to impart on your students when teaching journalism?

One challenge that we particularly have in the U.S. is that we live in segregated worlds. One thing I’m hopeful about with this prison project is that it’s important to expose students to people not like them who are encountering problems that they have never encountered. It’s also important to do that in the right way. I’d like my students to leave that experience feeling some curiosity and compassion for other people.