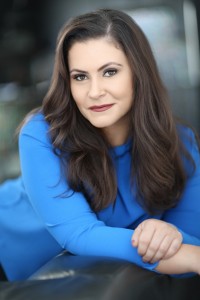 Melanie de Klerk graduated from the Graduate School of Journalism in 2005. Since then, she has worked in several roles at Global National, where she is now assignment editor.

She was named one of only nine female journalists from around the world to receive an award from the International Women’s Media Foundation, Howard G. Buffett fund. This award will allow her to undertake hostile environment training in the U.K.

After receiving an Asia Pacific Foundation Reporting fellowship, she travelled to Myanmar. Her reports from that country aired on Global National.

In 2016 she was named one of only two Canadian Arthur F Burns Journalism Fellows and spent a number of months living in Berlin as a foreign journalist for Global News and working as a TV/ online visiting journalist with Deutsche Welle Television. Additionally, she was given an IWMF grant from the Howard G Buffett fund for female journalists to attend hostile environment training which has allowed me to go into more difficult reporting and producing situations with added confidence.

Furthermore, in 2015 she co-founded a company to create documentary content and our first project kicked off only weeks later. The first project is a series which she co-created for television called Get Lost. The series is a journalism based travel show where we go back to countries that have experienced some sort of trauma such as war, dictatorship or natural disaster and we go back with the first waves of tourists to see how things have changed. Her first episode, Get Lost in Myanmar, has won over 36 international awards including a prestigious Accolade Humanitarian award and Indiefest award. Her second episode was shot in Colombia in 2017.

What did you do immediately after you graduated and what has your career been like since?

I started at Global National as an intern in 2004. And then days before I graduated I started working here on pretty much a full time basis and I’ve been here ever since. I’ve worked my way up and my position now is assignment editor. I started out as the national research co-ordinator, a fancy word for researcher. Anything that needed to be done, I did it. I became the main network liaison for the military when we had reporters embedded in Afghanistan. Then I was made weekend assignment editor, starting to assign the weekend shows by myself.

I was doing quite a bit of field producing in between as well, my job has been a bit of a mishmash here. I went to Afghanistan in 2011 where I was a field producer for three weeks on the ground there. I also field produced at Mitt Romney headquarters for the U.S. presidential election. I continue to do some reporting and the stories that I reported in Myanmar are running right now.

What were the biggest things that you took to your work from your time at the School of Journalism?

I’d say the biggest thing was ethics. We had Stephen Ward at the time teaching ethics and I found that class fascinating and also really important. The conversations that we had then have come in handy. We’ve had lots of conversations here over the years about whether we should or shouldn’t air something and how much is too much to be seen by viewers — things like that.

I have a very academic background, I did a Masters prior to my Master’s of Journalism and I actually didn’t think I’d end up in TV, that was not my endgame. I really thought I’d end up writing for magazines or long form writing in some capacity.

What would you tell someone entering the program now? What should they focus on to get the most out of what they’re about to embark on?

This goes for any academic setting, but coming in with an open mind about what you’re there to learn is the most important thing. The support I had from the professors there was great. I’d say without exception the professors were very encouraging and certainly saw what my strengths were and tried to gently coax me in the direction of those strengths. I ended up in TV and that was a lot to do with the fact that Claude Adams kept telling me, “I think you have a TV brain.”

Tell me about your time in Myanmar. Reporting there is not an opportunity many journalists have had.

It was fantastic. This was possible because of the Asia Pacific Foundation fellowship that I received. Those fellowships are fantastic because there are a lot of stories that networks like ours would love to cover but they don’t necessarily have that as a priority. To be able to witness the changes that are happening there now is pretty amazing.

What are you planning on embarking on next?

(Laughs). I don’t know! This year has been a bit of a crossroads or whatever you want to call it. I’ve been given these two great opportunities and I just completed my MBA through Warwick University. My focus was actually on the changing journalism industry — it’s changed incredibly since I began 10 years ago. Throughout the MBA I really focused on the television industry and looking at TV news from a business perspective. My dissertation was on the integration of television and online news, looking at where it goes next. I don’t have the answer to that, but it’s a start.