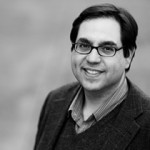 Peter W. Klein is an Emmy Award-winning journalist and full professor at the Graduate School of Journalism. He is executive director of the UBC Global Reporting Centre, and was director of the school from 2011 to 2015. He is also a faculty associate at the UBC School of Public Policy and Global Affairs.

At the Global Reporting Centre, Klein oversees long-term investigative reporting projects, including Hidden Costs, a SSHRC Partnership-funded initiative that uses data, field reporting, academic research and artistic exhibits to examine the hidden costs of global commerce. He was co-investigator on a CIHR-funded project looking at expensive drugs for rare diseases, through which he and his students produced Million Dollar Meds, an award-winning multimedia documentary, as well as a CBC Ideas episode.

In 1999 Klein joined CBS News 60 Minutes as a producer. He continues to contribute to the venerable American news program, and is also a regular contributor to The New York Times’ Retro Report series, which examines old news stories from new perspectives.

He began his career as a reporter for public radio and The Christian Science Monitor, covering the Bosnian war and the 1994 invasion of Haiti, and he has covered war zones around the world. In 1995 he was one of three founding producers of New York Times Television, a pioneer of small-format TV newsgathering. He was senior producer of I-Witness, an 18-hour documentary series for CBS News in which video journalists spent months in the field covering a single topic, and he went on to film, edit and he filmed and produce his own news documentaries, spending as much as a year shadowing his subjects for ABC News Nightline specials. He was creator and executive producer of the History Channel documentary series Beyond Top Secret, which investigated clandestine operations around the world and earned numerous Emmy nominations, as well as mentions in The New York Times and on The Daily Show with Jon Stewart. From 2009-2010, he was the host of the national Canadian television program The Standard, in which he conducted interviews with global newsmakers.

In addition to a Emmy for a Frontline documentary with his UBC students, Klein won on an Emmy for his 60 Minutes investigation with Mike Wallace into the former Soviet Union’s smallpox weapons program, and shared an Emmy for a documentary about global health. He was a Rosalynn Carter Mental Health Journalism fellow at Emory University (researching suicide amongst genocide survivors), and an Ochberg Fellow at the Columbia University’s Dart Center for Journalism and Trauma (research PTSD amongst journalists). He received the 2011 UBC President’s Award for Public Education through Media.

Klein has previously taught at Columbia University’s Graduate School of Journalism and New York University’s Department of Journalism. He has an MS in Journalism from Columbia and a BA (honours) in Philosophy from Pennsylvania State University, with specialized honours degrees in Economics and in Science, Technology and Society.

Salmon in the Sea

60 Minutes report with Sanjay Gupta on concerns over the environmental effects of salmon farms in British Columbia, and possible impact on wild salmon populations.

The Sleeper Cell That Wasn’t

Consulting producer for New York Times Retro Report documentary about the historic 1971 break-in of the FBI office in Media, Pennsylvania, which led to the revelation of the FBI’s illegal surveillance practices. Report featured the first interview with the burglars, who had eluded capture for decades.

Embedded with US Special Operations forces and Ugandan military, to produce report for 60 Minutes on joint efforts to dismantle the Lord’s Resistance Army and capture LRA commander Joseph Kony

Report for New York Times on land disputes between the Guarani people of southern Brazil and farm owners, which have led to the murders of numerous Indigenous leaders.

Multimedia series on the challenges patients around the world face in accessing medical morphine. In addition to a central website, the series ran as a CBS Sunday Morning magazine story, an Al Jazeera People & Power documentary and a Global 16×9 two-part report. The project is credited with contributing to changes in policy in India, and it won the Canadian Online Publishing Award for the best video or multimedia feature, as well as the silver award in the best overall online-only publication website category.

Student-led reporting project for The New York Times on the largest dam project in Brazil, and the effects on the environment and the Xikrin people.

GlobeandMail.com investigation, conducted with students, into the environmental, human rights and health costs of shrimp aquaculture in Thailand.

Over a Barrel: The Truth About Oil

60 Minutes report about changes in the southern Iraqi city Basra since the British military pull out.

60 Minutes report from the front lines of the war in Afghanistan, including face-to-face battle footage, as well as exclusive material from captured insurgent surveillance video of U.S. soldiers.

The Truth About Canadian Healthcare

Dan Rather Reports documentary, produced with students, examining the pros and cons of socialized healthcare.

CNBC Business Nation story on efforts to develop unconventional sources of fuel in North America, including oil sands in Alberta and oil shale in Colorado.

A Safe Place to Shoot Up

Dan Rather Reports two-part documentary, produced in collaboration with students, on a safe injection site in Vancouver and other harm reduction efforts in the city.

History Channel investigative documentary about clandestine activities inside Iran and secret plans by the US and Israel to bomb the country.

60 Minutes documenting the daily life of two families in Baghdad amidst sectarian strife and US occupation.

Dissention in the Ranks

60 Minutes report on protest movement by serving members of the U.S. military to speak out against the war in Iraq.

History Channel investigative documentary about the intelligence failures and military intelligence successes in the days leading up to the U.S.-led invasion of Iraq.  Two Emmy nominations, for Best Research and Best Editing.