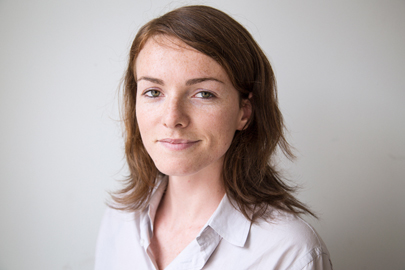 Robyn Smith graduated from UBC Journalism in 2011 and currently works as the editor-in-chief of The Tyee, an award-winning online magazine based in Vancouver.

During her time at the school, Smith hunted for stories at Vancouver airport, traveled to Ukraine to investigate a systemic lack of access to oral morphine, and met who would become her longtime mentor at The Tyee.

What memories stand out for you from your time as a student?

In our first week, all the students were assigned to geographic beats around the city. I was assigned to the Vancouver airport. It was a bit of a slog, as you can imagine. There’s not huge, breaking news happening at the airport every day. I had to wander around lots and talk to everyone to figure out what was happening under the surface of routine, everyday airport life. My first story was about the airport chaplain who took it upon himself to help nervous fliers. No matter what journalism job you end up in, I think covering a beat gives you an understanding of a way to report, a way to find stories and become useful to a place.

The other thing is the breadth of experience I got at the school. I was lucky to intern at the CBC in the middle of the 2010 Olympics. I got to check out the inside of three different kinds of newsrooms. I met an important mentor, David Beers, who founded The Tyee. Going to the Ukraine as part of the International Reporting Project and being part of the Pain Project which aired on Al Jazeera — that was an incredible experience. And I did all of that in two years.

And the faculty, you’re still in touch with today?

That has to be one of the best parts. For many students, the faculty provide guidance well after graduation. I still call up Kathryn [Gretsinger] when I’m facing a really tough problem that I can’t crack on my own. And, of course, meeting David [Beers] was formative. He taught narrative in storytelling [in his features class], which I draw on every day in my work now.

How did you get connected with The Tyee?

I interned at The Tyee in summer 2010 and then was hired after I graduated to work on the internship program in summer 2011. I started out by helping students like me get acquainted with The Tyee and edited their work. And then I just never left.

I became editor-in-chief of the publication in 2015. So it was sort of a wild and fast progression. That’s the benefit of smaller, independent outlets: there’s a lot of room to grow.

What words would you leave prospective journalism students?

I spent a lot of time in journalism school worrying about doing perfect work. And the thing about journalism is, it’s always evolving. Everything about it — the form we do it in, the approaches we take, the ethical questions. So journalism school should be a time where you really learn, test things out and make mistakes. That’s the place to do it. You’ve got to try as much as you can in those two years, because the journalism world is never going to be as open to you as it is in school.

Ten years ago when I was starting out in this field, the 2008 economic crisis had just happened. So it was kind of the lowest possible point for journalism, and people were down on it. A decade later, new models keep popping up, huge stories get broken, and readers are hungry for it. You can’t help but feel hopeful.