Iranian journalist and media scholar Saranaz Barforoush has been appointed as a tenure-track instructor at the UBC School of Journalism. 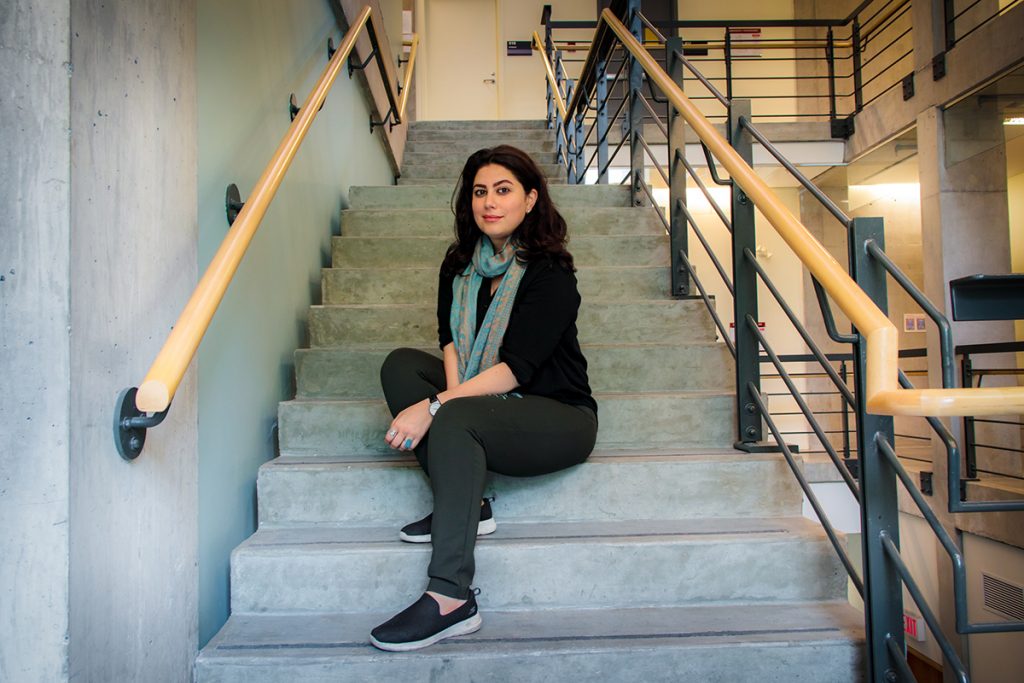 She started in her new position on July 1 2019, after being a lecturer at the School for the past two years. During this time, she has taught in courses including Newsroom Standards and Practices, Integrated Journalism, Media Ethics and Leadership, International Reporting, New Media and Society, Decoding Social Media, and Global Journalism in the Vancouver Summer Program.

“Since beginning my work at UBC as a sessional instructor in 2017, I have been blessed with support from faculty, staff, and our incredible students,” Barforoush said.

“With the current state of politics and even journalism itself there are times that one could feel overwhelmed, but every time I step into a classroom … I feel hopeful about our future. I feel extremely lucky to work with faculty and staff here that share my commitment to the craft, our students, and the ultimate goal of journalism which is serving the public good,” she added.

“Barforoush is a promising emerging scholar and gifted instructor,” he said. “Her expertise on journalism in diverse media systems and insights into issues of media representation enriches the curriculum at the School of Journalism.”

Background as a journalist in Iran

Barforoush completed her Ph.D. at the University of Maryland, College Park in 2017 with her dissertation, The Dictator & The Charmer: U.S News Media Coverage of Chinese and Iranian Leaders. Her research interests include foreign affairs, international reporting ethics, political communication, implications of new media technology on foreign news reporting, immigration, and framing studies.

After earning a Bachelor of Arts in journalism from Allameh Tabataba’i University in Iran, Barforoush also worked as a reporter and translator for more than a decade in Tehran, where she reported on various subjects such as women’s issues, arts, culture and technology. She completed a Master of Arts in Cultural Studies and Media from the University of Tehran in 2008, where she studied the social effects in popular Iranian cinema before and after the 1979 Islamic revolution.

After moving to the United States in 2011, she earned a Master of Science degree from Southern Illinois University in 2011, where she wrote a thesis on the news production of Persian television channels broadcast from Britain and the United States. She also worked as a public relations officer for SIUE’s School of Business and its Emergency Operation Center.

At UBC, Barforoush said she is excited to help students from all walks of life find their voices as journalists and to help bridge the gap between journalism and academia.

“I am hoping to focus on innovative ways in which journalism education could reflect the fast-evolving nature of our profession, while also focusing on the significance of providing accurate context and understandings for the stories we cover,” she said.