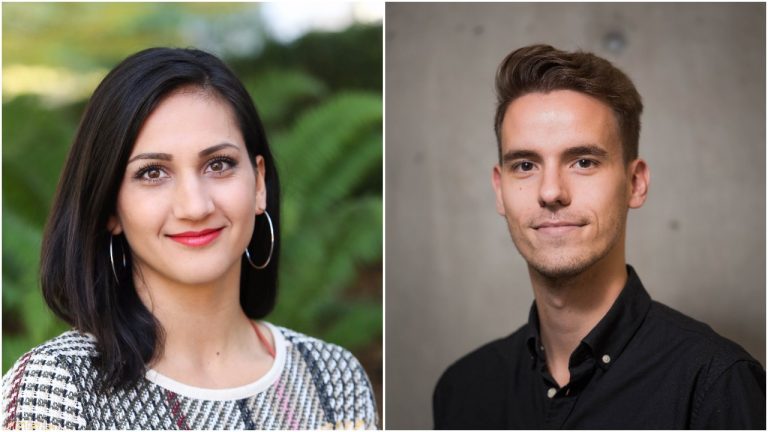 Anya Zoledziowski and Alex Migdal are pursuing in-depth journalism research this year with the support of SSHRC grants.

UBC Journalism students are finalizing their applications for funds from the Social Sciences and Humanities Research Council of Canada (SSHRC) to pursue in-depth research projects.

The scholarship is among the most coveted in graduate programs. Last year, SSHRC awarded 1,280 graduate scholarships across Canada, 86 of which went to UBC students.

Zoledziowski and Migdal join an impressive rank of UBC Journalism students who have received SSHRC funding in recent years, including 2017 graduate Sophie Woodrooffe.

Woodrooffe travelled last year to the Wiikwemkoong Unceded Territory in Northern Ontario to report on a long-fought land deal that the nation was about to finalize with the Ontario and Canadian governments. Her 6,000-word final research project turned into a 1,200-word feature that appeared in VICE in October.

“If I didn’t have the grant, I wouldn’t have been able to do my story,” she said. “I needed to travel, it was a research-intensive piece and I had to spend a lot of hours reading.”

“I remember SSHRC just being this unicorn that everybody would apply for and maybe one or two people in the department would get it,” she added. “That helped put in perspective just how lucky and significant it is to have this grant.”

The School sends out calls for SSHRC submissions early in the school year. In October, students pitch their research ideas to members of the School’s SSHRC awards committee.

“Every journalism faculty has won a SSHRC grant for their own projects, which means they’re well equipped to evaluate proposals,” said director Alfred Hermida.

“We’re looking at the relevance of the issue to Canada, the feasibility of the project and the ability to succeed,” he said. “It’s taking a germ of an idea and thinking through the implications.”

Students spend at least a month drafting their proposals and undergoing several rounds of edits with faculty. Once they submit their applications on Dec. 1, the School’s SSHRC awards committee ranks applications according to SSHRC’s criteria.

From proposal to research 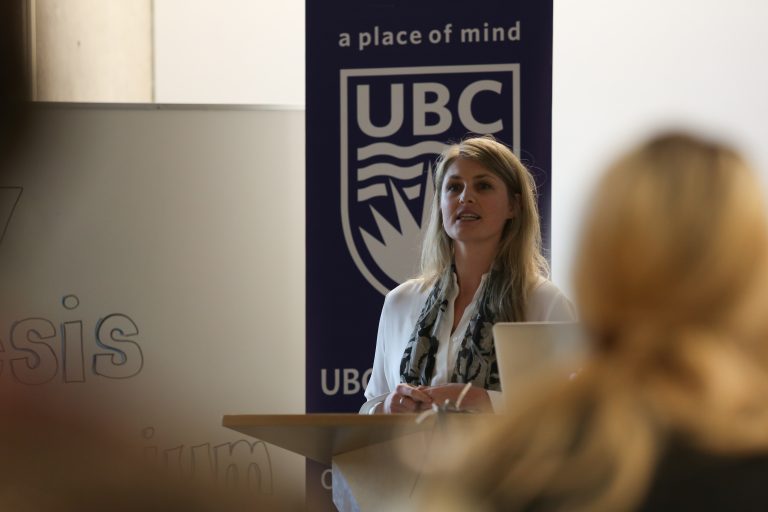 “The credit has to go to the students,” Hermida said. “We have a very rigorous admissions process and we seek out the most talented, most promising students who have the potential to thrive in our environment.”

Among last year’s recipients was Brittany Duggan, a 2017 graduate. Duggan first sought to look at the evolution of dance criticism in the digital age, but expanded her scope to other forms of criticism following feedback from faculty.

“I discovered criticism has actually always been talked about in a dying way because it so often fails to live up to a creative standard of the very thing it covers,” she said.

Duggan said the SSHRC grant gave her the time and space to dive into her research.

“It’s a tricky subject to cover,” she said. “It took me so long to unpack the history of it and come to a really good understanding of where we’re at in order to talk to people about about where we’re going.”

This year, Zoledziowski is pursuing an academic thesis that will apply critical race theory to journalists of colour, under the supervision of professors Mary-Lynn Young and Candis Callison.

She plans to interview a number of journalists across Canada about how race impacts their experience in newsrooms and freelance. The idea stemmed from her own journalism internships.

“It can sometimes be pretty hard getting underrepresented stories into the mainstream,” she said. “I struggled to get stories through when it comes to communities that I’m most tapped into.”

“There’s a lot of discourse about it in mainstream journalism,” she added. “But in the academic sphere, there’s a dearth of this kind of research.”

Migdal came to UBC Journalism with a background in print journalism. In 2014, he interned at the Guelph Mercury, which suddenly shut down in January 2016.

He plans to complete a final research project — a more journalistic effort than an academic thesis — around the Mercury’s closure and its impact on the community.

“What’s lost in civic discourse? Are we seeing lower levels of engagement in communities? Or are people becoming more engaged because they have more control over newsgathering?”

Tips on applying for SSHRC from j-school recipients