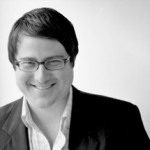 The School of Journalism is pleased to announce that renowned scholar and journalist Taylor Owen will be joining the School next July as an assistant professor of global studies and digital media.

“I couldn’t be more excited to join the Graduate School of Journalism,” said Owen. “This position offers a unique opportunity to work at the intersection of digital media and global affairs – a rapidly evolving research and teaching space, which I look forward to helping build at UBC.”

Owen completed his doctoral degree at the University of Oxford, where he was a Trudeau scholar. He was also a Banting post-doctoral fellow at UBC’s Liu Institute for Global Issues, and a post-graduate fellow in the Genocide Studies Program at Yale University.

“Taylor is an example of the kind of journalist we want to produce at the School of Journalism,” said the school’s director Peter Klein. “He’s a respected public thinker, an emerging scholar, a skilled communicator, an excellent researcher – and he has a vision for where journalism is going today.”

This new position is cross appointed between the School of Journalism and the Liu Institute, a first for the two organizations and a sign of the growing connections between journalism and scholarship at UBC.

Owen is the author of several books including Disruptive Power: How Digital Technology is Reshaping International Affairs forthcoming with Oxford University Press, Human Security, and The Handbook of Human Security.  He holds a SSHRC Partnership Development Grant to fund the IRDTP, a research initiative analyzing the impact of digital technology on the theory and practice of International Relations.

He also collaborates with and writes for magazines and newspapers, including The Literary Review of Canada, The Walrus Magazine and The Globe and Mail.